City Auditor’s Report Gets Down to the Facts

I want to thank City Auditor Edwin Young, who recently released a report which confirms a lot of what our association of restaurant operators has learned over years of searching for the most environmentally friendly options for our customers. 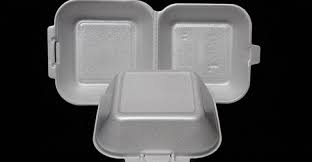 The report, commissioned by the City Council, is a thorough analysis of the likely economic and environmental impacts of a ban on polystyrene foam food service containers.  We commend the City Auditor’s office for their diligence in researching the report and conducting many hours of interviews with a wide range of affected parties.

After years of debate, the Auditor’s report cuts right to the heart of this issue – who would be affected by a ban, and what would be the actual benefits to the environment?

The report first examines the economic impacts of a ban and finds that a wide range of Honolulu residents will pay higher prices for to-go meals and that some local businesses will be negatively affected.  While an opinion poll found that some residents are willing to pay more to switch away from foam food containers, the group who would be most impacted are the smaller mom-and-pop places who can’t afford to pass these costs on to lower-income customers.

Another group affected by a ban is local manufacturers of plastic food containers.  Some of the foam containers used in Hawaii are made locally while all compostable containers must be imported, so the ban will cost some local jobs while giving a boost to distributors that import the alternative materials.

The other big question analyzed in the report is whether these costs of a ban are justified by the potential environmental benefits of replacing polystyrene foam with compostable food containers.

The report defines the main reason that any packaging of any type can be a problem: anything disposed of improperly ends up as litter which can escape into the ocean to become marine debris.  This is really the main point behind this debate – how can we best prevent trash from harming the marine environment?

The report finds that less than one percent of our total trash stream is currently made up of foam food containers.  Since the ban will only substitute, but not reduce, the total number of food containers, there would be a “negligible” difference in overall litter.  This basic fact is repeated several times in the report – a ban will only result in one material being substituted for another, but won’t reduce the overall amount of litter.

Another very important fact is that there are no composting or recycling facilities in Hawaii needed to handle these alternative containers.  Instead, the compostable containers will end up being burned with all other solid waste in the H-POWER facility, which may defeat the purpose of importing heavier, more expensive containers.

So, here’s the bottom line: food containers make up a very small percentage of our total trash, and a ban will only substitute the type of trash being littered.  In the words of the report, “Polystyrene food containers are a small portion of litter and banning them would not meaningfully reduce the volume of litter or trash.”

The report concludes with a summary of opinion polls of business owners and residents, which finds that while many people support the concept of a ban if it would help the environment, not many people had a good idea of what the true costs would be.

If your head is now spinning with details, the one piece of good news in the report is that Oahu already has a sensible solution in place that we can all help with.  The real answer is simple – make sure trash goes into proper containers, so that all trash goes to the H-POWER waste-to-energy facility to generate electricity.

The restaurant community wants to do our part to solve the litter problem.  We encourage restaurant employees and customers to be mindful of their trash.  We want to reduce wasteful practices such as handing out straws to customers who may not need them.  Through the extended ohana of restaurant operators on our island, we want to help everyone find ways to reduce litter and reduce our impact on the local environment.

Thank you to the City Auditor’s team for reminding us of how we can all take better care of our island while keeping things affordable. 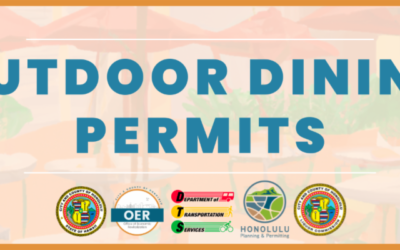